Badger Tag & Label has been operating from the same location in the heart of Random Lake, Wisconsin, since the beginning of the company in 1935. Badger has expanded over the years to its current 52,000 total square feet of space in two locations. Included in the production facilities are 17 presses, nine of which are letterpress, five are flexographic and three digital presses. To compliment those are a variety of wiring and stringing machines for tags, finishing and inspection/rewinding machines along with two digital plotter cutters.

Over the years the company has grown to include two salespeople serving the Wisconsin market and over 3000 independent dealers across the country. We complete over $7 million in annual sales which is made up of 40% labels and 60% tags.

The founding slogan of the company, “we fit the tag to its purpose,” still holds true today with our commitment to total quality control. We work with the companies we serve to assure that the tags and labels we produce are the best solution to your needs. This personal attention ensures accuracy and prompt delivery of each order. With an average tenure of 19.23 years, the Badger team is very knowledgeable and able to provide consistent products. 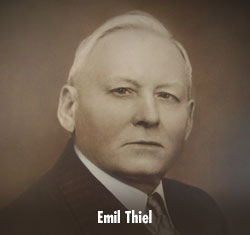 Emil Thiel was the founder of the company. He undertook a variety of other business adventures until he combined with The Piperhagens of Milwaukee who were operating Globe Tag. The business was moved to Random Lake at that time. The beginning of the Great Depression in 1929 saw the company not operating at a profit and the Piperhagens left the business while leaving all the debt behind. Other stockholders in the company offered Emil the option to buy them out and he did so. Thus he became the sole owner of a defunct business.

When Emil Thiel became the sole owner of Badger, he invited his two sons, Elmer and Clarence, to join the company and it became a family operation. He also employed his three daughters. 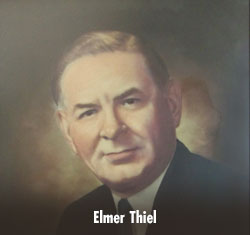 On September 4, 1935 the company was incorporated under the name Badger Tag Corporation.

In 1961 the two sons saw a need to expand the executive staff and hired Joel Entringer. He later served as president and treasurer and retired in 1998.

Elmer’s son, Jim Thiel, was selling tags and labels for another company and in 1969 came to Badger to cover sales in the Chicago area. In 1972, he moved to Random Lake and became vice president of sales. Jim retired in late 2003.

In 1969 the company’s name was changed to Badger Tag & Label Corporation to more accurately reflect the products we offer. 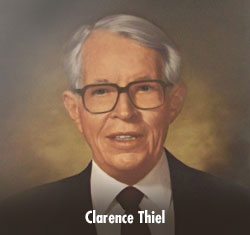 Under the current leadership, Badger Tag & Label employs 37 people.  In 1980 Kevin Kalkofen joined the company and is a vice president. Ryan Will joined Badger in 2013 and is also serving as a vice president.  Our sales & marketing manager is Rita Horstmeier who has been with Badger since 2007.

We have an average order turnaround of 12-15 business days but also work with companies that need rush orders in tighter timeframes. Our turnaround for our digital equipment is approximately five business days.

Badger Tag & Label is a member of the Print Services & Distribution Association (PSDA), formerly known as the Document Management Industries Association (DMIA), whose goal is to serve the businesses of printing and forms dealers through education at seminars and in a magazine dedicated to advancing the industry.

Badger Tag & Label is also a member of the Tag and Label Manufacturers Institute, Inc (TLMI) which is a member-driven association strongly committed to providing business solutions that enhance the prosperity of its members and the narrow web tag, label and packaging industries.

Badger Tag & Label is a member of the Random Lake Area Chamber of Commerce.

For deeper information about our capabilities, go to our options or resources pages. For a quotation, call 1-800-331-4863, e-mail sales@badgertag.com or visit our Contact Us form.